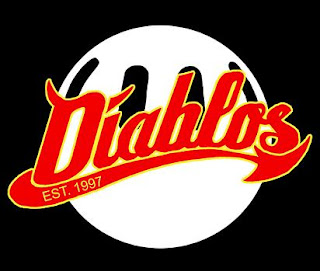 The highly anticipated and often controversial WBWS preview show will be coming to a computer near you very soon. Sources have confirmed that El Conquistador and The Kid will again be the hosts after intense negotiations about their contract to do the show were finally hammered out. When tried to reach for comment to obtain the terms of the deal, the number for The Kid led us to an escort service and when we called the number for El Conquistador...an old folks home picked up. Rumors around the league are that the players aren't very happy with these two doing the show as some veterans have called the two "bush league" and "a travesty to the sport" among others. No player was willing to go on record however. This year's show will feature a rapid fire segment with coaches of the 9 team field giving insight into their teams in anticipation of the 18th annual tournament which is just a few weeks away. Surely some new blood infused into the show will garner better ratings than that of the past. Only time will tell. Look for the WBWS preview show to hit computers about a week before the scheduled first pitch.
Posted by El Conquistador at 11:30 AM